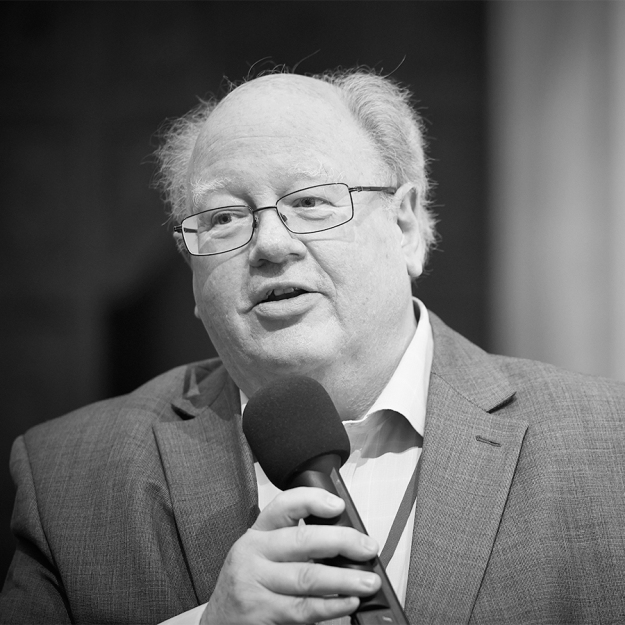 Please Can We Admit Nation States Are Not A Success?

A few years ago I tried to persuade Princeton University Press to entertain the idea of letting me write a book called Goodbye Nations. For a while they were enthusiastic until, that is, I asked whether I might have a small advance to help me out during the writing of it. I pointed out that my grandfather had been so generous to the university they had named a building after him but family fortunes were no longer what they were in the 1920s and now, a century later, writers still have to live if they are to write. Princeton were adamant. They do not put up money for new ideas.

Admittedly the idea I was presenting was one guaranteed to annoy the establishment and, even worse, I am mainly a poet, not an academic, so there would be no reading list, footnotes or references; just this unadulterated thought along the following lines.

Nations were a very bad idea somewhere in the sixteenth and seventeenth centuries and they have proved to be disastrous ever since. So it is high time we arranged our administration differently.

Nations were invented to give populations something to fight for when the warrior kings who ruled them wanted to inspire more than sheer greed. The point was to give a common cultural reason for the seizing of territory or the imposition of authority. By pretending that there was something immutable and common between the people occupying any particular piece of land, which conveniently matched the possessions of a ruler, they could be persuaded to fight with an emotional commitment no appeal to reason was likely to instil. When no territory was actually in a war lord’s possession (as among the early Muscovites) the prospect of founding a nation could be a belligerent aphrodisiac.

In the nineteenth and twentieth centuries a nation has become the ‘must have’ fashion accessory for any ambitious politician or demagogue. The seeds were sown in post-Napoleonic Europe, made worse by the same continent when its imperial members sought to carve up Africa (with scant reference to traditional spheres of influence). It was an exercise which was, if anything, a triumph of cartography – the world’s surface divided not by detailed topographical or economic knowledge but by pencils drawn roughly across small-scale and inaccurate maps.

In the last century Nation Inflation has reached ridiculous proportions, spurred on by the break-up of European and Levantine empires (including and perhaps most notoriously the Soviet, Ottoman and Yugoslav federations). In some cases these ‘new’ nations were reincarnations of earlier territories, in others they were just land grabs by local officials pretending to represent ethnic majorities. In this they were at least in the ancient tradition of mediaeval war lords.

Ironically one of the greatest factors in this administrative absurdity is the success of the organisation set up to oversee global co-ordination: the United Nations. One unintended consequence has been that there is a huge incentive, financial and prestigious, for becoming a nation; that nice seat in New York to go along with the flag, the motorcade, the share-out of development aid and your turn as President of a host of influential and pompous committees – not to mention the right to control of your own armed forces.

In the cultural field it is just as bad – you only get to compete at the highest level of sport if you can represent a nation. Why, oh why, should you have to wear a particular flag to prove that you can run fast or score a good goal? Even PEN is not immune; one can only attend its global congress as a national representative, not because one is a writer interested in global freedom and fellowship. There is no possibility to join the organisation except through a national centre.

Nationalism, mild or militant, has resulted in multiple wars, constant restrictions on the freedom of movement and expression (so many so-called countries, like Turkey, have the nerve to gaol their citizens for insulting their Presidents or flags – behaving as if they were minor deities). In sport the consequences have been corruption, intimidation and discrimination. In culture they have been linguistic falsification (inventing ‘new’ languages to fit national boundaries) and absurdity. Slovenia at one point tried banning any theatrical presentation not in Slovene (sorry Shakespeare, apologies Ibsen, not in Ljubljana, thanks, Molière!).

Religions, or their puritanical adherents, are not above behaving just as badly as nations – often, of course, trying to merge the two. At the moment the culprits are mainly segments of Islam but most religions – certainly Christianity, Hinduism and Judaism – have done so in the relatively recent past.

The emotional attractions of nations are immense and few of us are immune. We all like associating with tribes and teams. It is much more fun cheering on a team than an individual. Surely, though, we are intelligent enough to be able to organise our institutions so that they don’t become repositories of hate and nonsensical competition?

One of my colleagues in Tunis pointed out that only national governments and security forces at present have the means and resources to combat global terrorism and sectarian violence. He may be right and at any given moment one has to use the formations available. This does not mean they are the answer to human governance in perpetuity.

It is the duty of a poet to ask the question ‘what if?’. What if the United Nations was renamed United People (not PeopleS because that would just ensure more nations or pseudo nations)? What if global authority was held by regions of the world through directly elected representatives who were not allowed to reveal their ethnic, religious or residential background – only their managerial and professional manifestos? What if all campaigning for election and the salaries for those elected was paid for out of global funds with no private funding allowed? What if no public office anywhere could be held for a lifetime total of more than fifteen years?

Just as importantly, what if no territorial entity could contain, for administrative purposes, more than three million and less than one million people? Some current nations would survive but most would disappear, either the big ones would be broken up or the smallest would have to federate. Many cities would have to revert to their boroughs. There would be nothing to prevent these new units of administration sharing resources and services if it was logical do to so. They would not be allowed, however, to coalesce into repressive authorities. They would be governed by global human rights and environmental legislation. Neither they, nor religions, sects and language groups would be allowed to impose social restrictions. Generosity would have to win over protectionism because nobody could control enough land or resources to be viable alone.

You will all accuse me of being unrealistic. Good! But today’s lack of realism is tomorrow’s blindingly obvious, otherwise nothing would have moved along in history – welcome or not. For many this will be a huge emotional wrench, for others a massive and dangerous threat to their power base and sense of identity. I don’t expect either immediate applause or easy agreement. Just let me plant the idea and see if gradually it germinates.

In the 1990s I wrote a poem which makes the point or one very like it. It looks at the violent histories of the borders of Wales and the Balkan hills, feeling the geology and matching it to the divisions and fault lines in human life. Most of all it combines the illusion of permanence with the knowledge we all have deep down that everything is transitory. Wales is not a State in the UN sense and, in the days 700 years ago when English Kings were fighting across the lands it never saw itself as a defined territory but as a series of small principalities that reflected a poetic ideal, never very ambitious.

Your Faults, Wales Or Sarajevo

With the wayward course of forgotten cables
The fault lines creep along
Beside my house, even underneath.
They are minor lines, hardly San Andreas
Or the Great Glen and will never graduate
To a Rift Valley or an ocean trench.
The last time a quake struck, ten years ago,
I thought it was a cow.

Beneath me in this fractured landscape
I would like to have serpentine or granite
Polished green, or radioactive
Or a spring filtering into elegant bottles
Through perfect limestone, or the dormant
Volcanic gabbro of Scotland’s isles.

I can see it all about me
The igneous splendour of the ridge,
The limestone so old, so compressed
And pushed and shoved
So many thousand feet beneath the surface
That now it is only fit to be smashed
Down small to spread on England’s road.

Instead I sit on mud, old mud and silt,
Its brittle layers cracked and rupturing
In a million inconsequential fissures
That make it useless to the modern world
Until it has been submerged again
And fused by heat and pressure.

This is a safe haven of muddled time,
Its history unravelled through
Guesswork and opinion,
Its battles out of order in the record.

Across the surface carpeted in flowers
Posing as weeds, the territories have been defined:
Forts and ramparts, vallum and fossa,
Castle and moat, motte and bailey,
Stone walls from defeated ruins
And pillaged mounds
Which promised security in a false peace.

In the pub we are descended from all
The tribes and nations of the island,
The balance changing year by year
With age and sex and income.
In the middle is our anger
Pointing east at you
And of those neighbours we know
Too well for indifference or desire.